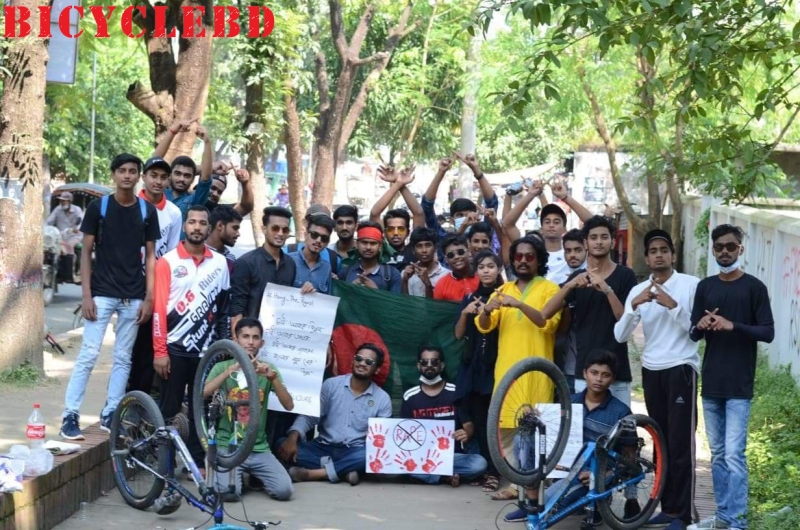 Students and young people in all over the country have come forward in the call to stand up against the rape. This movement of students has emerged on different districts of the country including the capital. Their only demand is that the stigma of rape removed from this country and that appropriate punishment be provided for the rapist. The youth of Rajshahi district are not far behind from this demand. However, a little difference has been noticed in their movement. 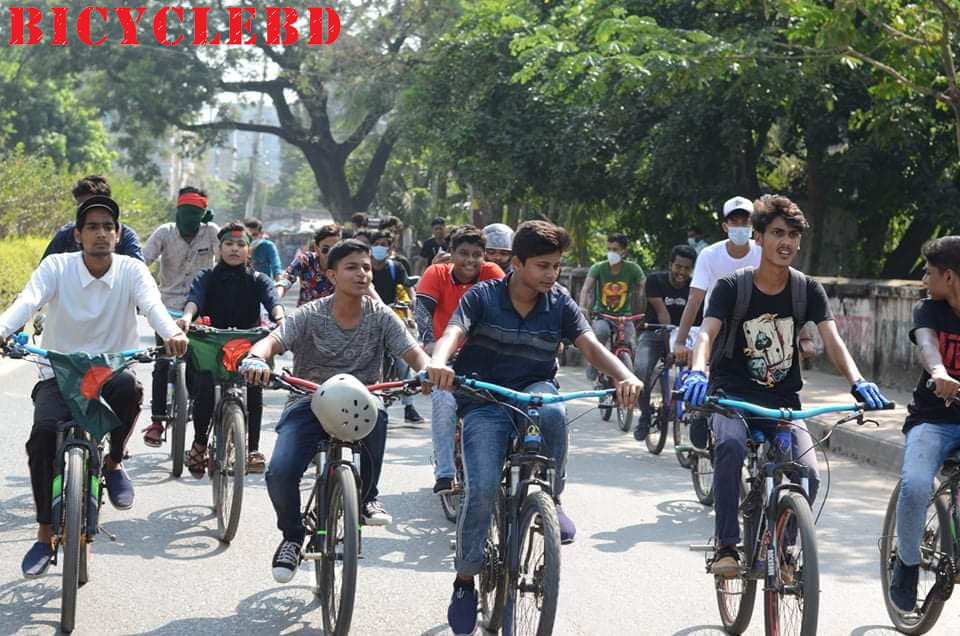 On October 10, organized by some cyclists in Rajshahi, people of almost all short of life, including students, cycled to protest against the rapist. Their only demand is to get rid of rape from an independent country and pass a law to punish rapists appropriately. Students from various educational institutions including Rajshahi's popular cycling group, Insen Riders, Zero Point Gravity Riders took part in the rally through cycling. The rally started from the Railgate , roamed Talaimari area and ended at C&B more. 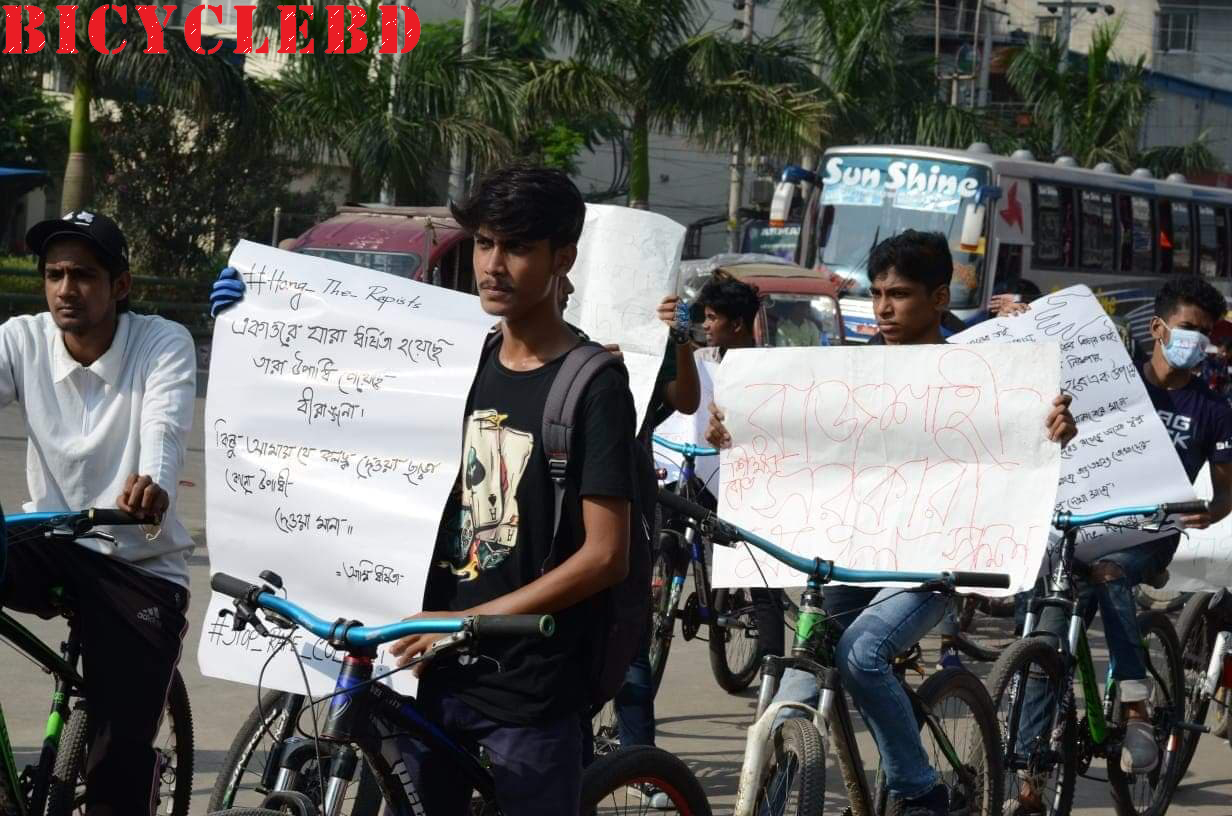 Before this protest, they have also seen protesting against drugs through bicycle rallies. They are quite active to participate in various social programs. 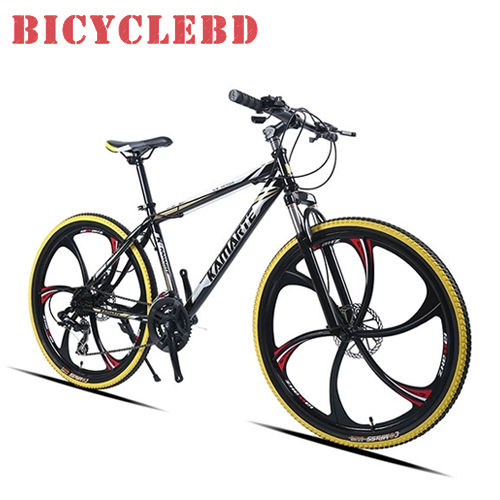 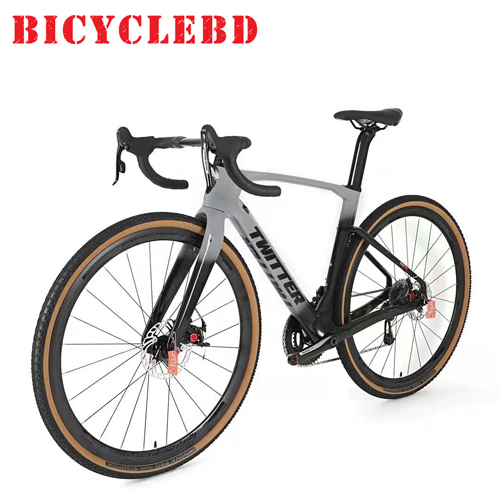 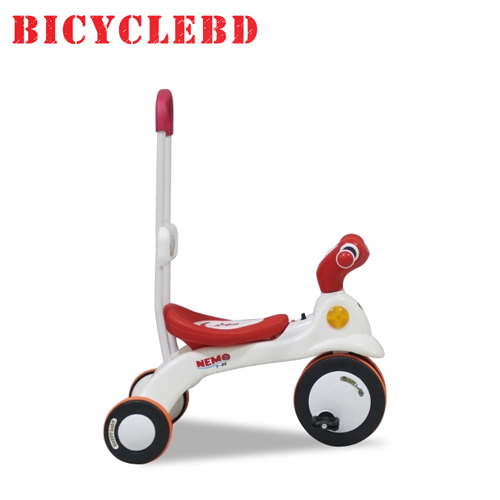 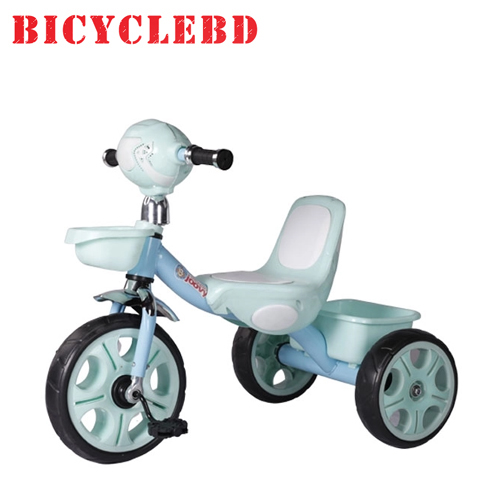