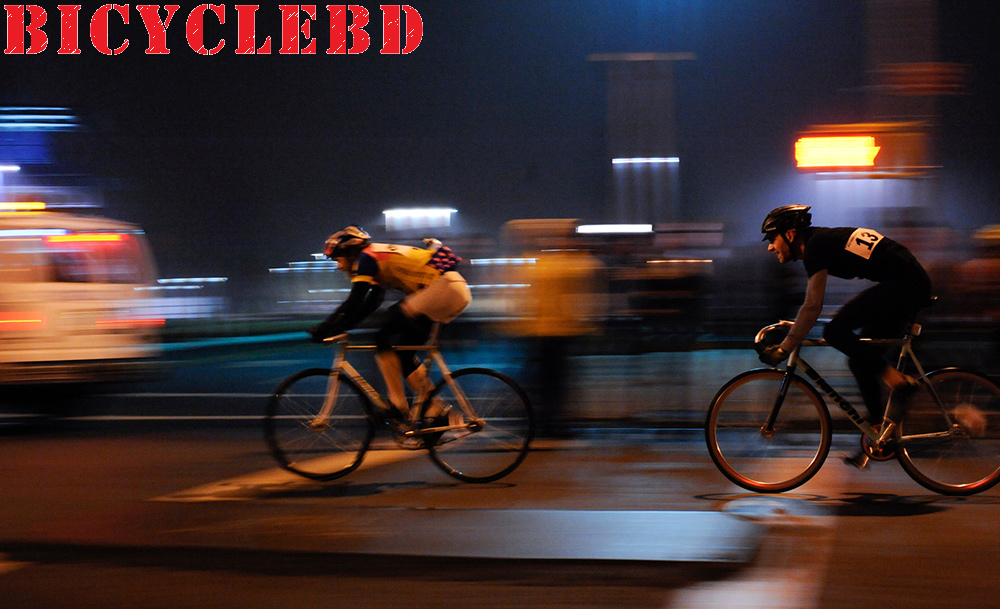 It is a matter of fact that, there is some difference, we can say there is a huge difference when you are riding bicycle in the night instead of day. It's may be your hobby or any necessary cause you have to go out in the night with your bicycle. But there is nothing important than safety when you riding cycle in the night. Why because, night is without sun and the dark is the most horrible thing of road transport?

Night is the most amazing time for cycling you believe it or not. Some people do it as it become there hobby on the other hand some people deny it because of dark. Cycling is the most effective exercise to keep body fit and a fresh mind. For that busy person’s who never get time in the day, night is the best and cool time for them to keep up this valuable exercise.

Most important thing is your safety when you riding cycle in the night. In a statistic of road transport, they have showed that, two third of road accident occurred by the dark on the other hand divisibility. It is clear by this report that, when you are in the road in the night, you have to make sure your clear appearance to other's. That means visibility is the only way to avoid unexpected occurrence when you riding cycle during night.

There is a question how you will get the necessary safety and what kind of safety you rally need?

We are here to help you for these needs. The best way is make yourself visible as much as possible. Reflector is the best way to make yourself and your cycle visible. Behind this, wearing reflecting cloth's also can help you to clear your appearance to other drivers. Reflector include cycle's reflect equipment's, cycling jerseys and wearing bright color is the most useful for night riding.

Using light or laser light is one of the most effective way to a clear appearance. This will depend on in which area you riding your bike? We all know that, cycling is very hard and dangerous in mega city. But in the rural area is much less dangerous than city for cycling. Wherever we cycling, night is equal dark in both places, that's why we should take equal precautions for both rural and urban area. We were talking about the laser light, believe me this is the most effective way to your safety. Nothing is more work than laser light or light for your appearance and also for your safety. Now days cycling safety materials are very much available in the nearest bicycle store.


Cyclists follow a certain "etiquette of the road" when riding. This etiquette should be followed during the day and especially at night. Cyclists should follow all traffic laws and adhere to stop lights, stop signs, etc. Keeping in mind that night riding is all about visibility, it is important to stay in parts of the road that make you most visible to cars. Don't weave in and out of lanes; stay on a straight course towards the center of the lane so that you are directly in the line-of-sight of cars. If higher traffic volumes occur, allow cars to pass on the left. Along the same lines, don't weave around parked cars. When weaving around cars, drivers are often unable to see cyclists until the last second presenting a great danger to both the driver and the cyclist. By staying more toward the center of the lane, cars can see you from a greater distance and be prepared when they approach and pass you.

When you riding your cycle you have also be aware of some unexpected thing that rarely happen, this includes: animal, people crossing road and in the people less dark places. There is always a rumor on the contrary it is actually that some bad people can put you in danger. This problem is very normal in every city's and town. When you feel something like this can happen than you better choose a alternate way. This is also very much effective to avoid high traffic roads.

We suggest that, all kind of cycling should be with the preparation. Whenever you go day or night. You take your preparation as much as you can. Just one accident can make you so much miserable for lifetime. Nothing could be worse then this short of occurrence.