Cycle Stunt from Teenagers in Rajshahi 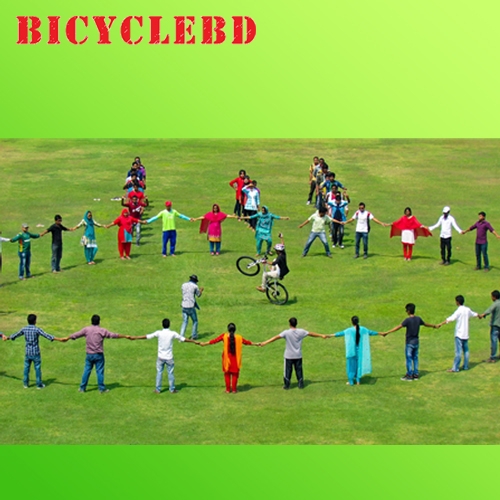 Lately, an amazing scene can be seen on the street of Rajshahi City Corporation. Young aged boys from different group can be founded to perform different kinds of attractive stunt with their cycles. There are nearly over 50 kinds of cycle stunts they can perform on the street. For instance, surfing, wheel E, bunny hop, Stoppie, etc. At the late afternoon, they seem to come on the road as soon as the road becomes less crowdie.

The debut of Bicycle stunt was done by two school children in Rajshahi and they themselves founded a cycle stunt group and named it “Rajshahi Bicycle Stunters'. Now they have nearly hundreds of team member in their organization. They regularly do practice on the weekend day and other governmental holly day and the most interesting part is, there is no such trainer or instructor in their group. They learn and practice themselves from different online platform like YouTube, face book, etc.

Imran Hossain is one of the founders of this group who lives in Naodapara Area of Rajshahi City. He states, he came to know about this sport through Face book before the school selection test. Later he acquainted with a professional cycle stunter Camille and their friend Jag from facebook who had tutored Imran very well and recommended safety kits for safety purpose. According to his statements, being a cycle stunter is not that easy if you have no family support or permission. To perform such amazing stuffs, a rider needs a special bike which is relatively expensive than any other cycles. How can a student bear such expenses to build such bicycle for stunt without the family support?

We learn more from them about their passion. They have a dream to make this stuff as an official sports in Bangladesh. There is more than 50 cycle stunt community all over the country. Both team presidents are working for it. It is also can be seen that, there are no suitable places for these sports what let children perform with proper safety. Besides, many of the parents still think that, performing this sort of things doesn’t belong to a good culture. Consequently, children get resisted.

Motorcycle or Bicycle stunt is not s crime. It boosts a Children’s skills as well as resists them from being attracted of any other negative sides like drug addiction, social harassment, etc. So let’s help the bicycle stunt community to reach their goals and save the society.